Reality Capture: How to implement Augmented Reality for a competitive advantage

Until recently Augmented Reality (AR) technology has been an unattainable, high-cost luxury for the military and huge companies with the capital to implement the most cutting-edge design and maintenance software and hardware. The expansion of AR design software and practical, economic hardware choices have brought AR technology into the realm of possibility for many companies.

AR can be a game-changing technology, creating significant savings in conventional processes instead of the incremental 2-5% savings often seen with ‘efficiency’ technologies. The ability to truly visualize Internet of Things (IoT) data is the leverage needed to pivot the Industrial Internet of Things (IIoT) ecosystem from introspective data to a critical driver of business decisions. 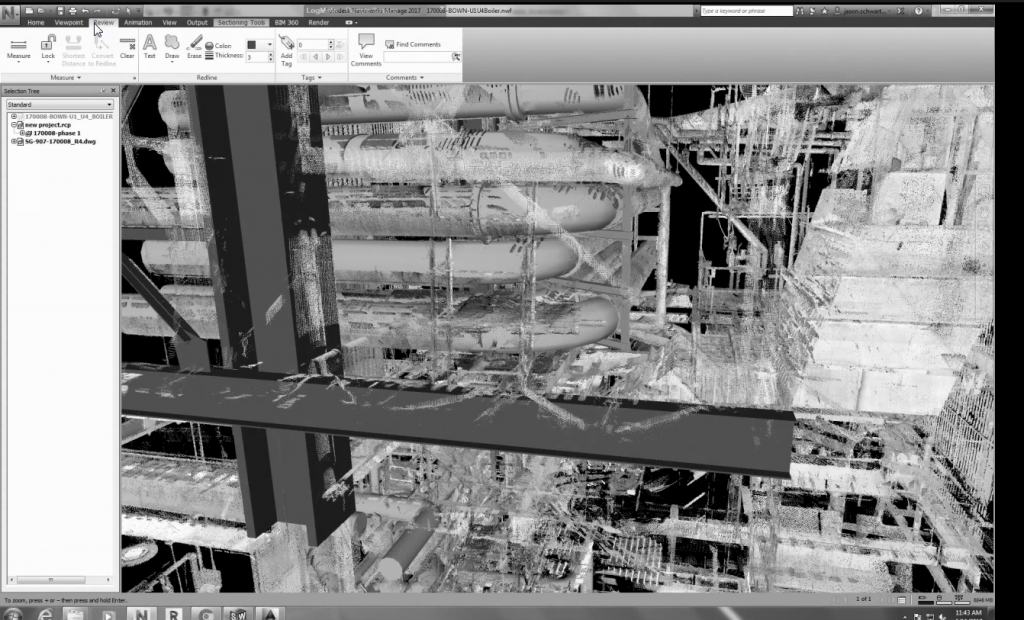 The Industrial Internet of Things (IIoT) lends itself to AR implementations, but industrial environments are not conducive to traditional AR through a handheld device. Industrial AR implementations must include comprehensive wearable hardware & software solution. GE concurs in this 2014 press release:

“Can AR work in harsh industrial environments? Can AR save our customers time and money? Will users embrace it? Does it support our vision for the Industrial Internet around asset and operations optimization? Yes and no. First, the yes: Delivering accurate visual guidance and reference to the exact placement and steps needed to overhaul a machine could save a field service technician time and allow her to do her job more efficiently and safely. A key use case for AR is to support repair, maintenance, and assembly of complicated equipment. Now, the no: GE Software is committed to delivering information to users in context. What is the best form factor to present an AR experience in the field? Think of field service engineers who are often working on, and even inside of, equipment. These users really need to work hands-free. They won’t take on the burden of carrying around a device to use AR. This is particularly true for workers who MUST be hands-free, such as surgeons in an operating room or repair technicians in small physical spaces.”

Applications like ZapWorks are mainstreaming AR through simple design and deployment for entertainment and business marketing, while companies like DAQRI are tackling both the hardware and software needs of industrial AR deployment.

An essential part of functioning safely and effectively in an industrial environment is an awareness of what is going on around you. Augmented Reality enhances this awareness by providing critical functional and safety data. When used as an onboarding tool, AR technology demonstrates ‘live’ instead of teaching in a classroom or on a computer. The ability to design an AR environment that effectively performs these tasks is dependent on effective modeling of these environments digitally.

‘Reality Capture’ is a process through which interior and exterior environments can be digitized through 3D laser scanning. 3D laser scanning is millimeter accurate, fast and less labor intensive as traditional survey methods. Outside of Augmented Reality, another benefit of accurate 3D laser scans is the ability to export digital as-built renderings for record-keeping, insurance and compliance requirements. Once the ‘point clouds’ generated by laser scans have been stitched together, a full 3D representation of a space is available.

This 3D environment forms a backdrop that can then be populated with CAD renders, 3D models or other design elements. The Augmented Reality experience is designed within this digital representation of the space in which designers can add key equipment elements, mark hazardous zones, program complex instructions or animate critical Lock-Out/Tag-Out procedures.

Augmented Reality technology is no longer simply a luxury, it is a significant competitive advantage leveraged by industry leaders. In the near future, AR will no longer be an option, it will be a competitive necessity. Acensium brings decades of material handling engineering and project risk management experience coupled with cutting-edge laser scanning and 3D analysis tools to deliver engineering services to both industrial and commercial clients. Don’t forget to check out part one and part two of the Reality Capture series if you missed them.

Reality Capture: When is Building Information Modeling a priority?
Previous